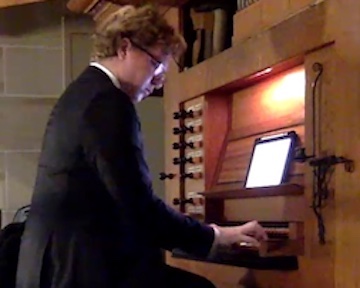 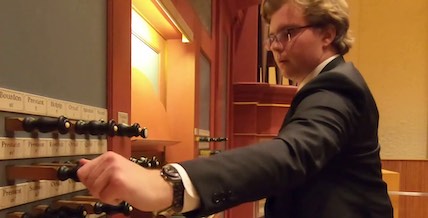 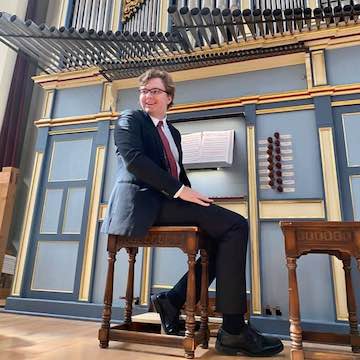 Born in December 1999, William Rehwinkel is an organist, composer and improviser based in New Jersey and currently studying in the Oberlin Conservatory, Oberlin, Ohio (2019-2025).

At the Oberlin Conservatory, William studies with Dr. Jonathan Moyer. William's organ education began with lessons by Angela Kraft Cross, and from 2014-2019 he studied with Mark A. Miller in Summit, NJ. From 2016-2019 William was the Organ Scholar at Christ Church, Summit, NJ, working with Mark Miller, Minister of Music.

William previously studied at the Wardlaw-Hartridge School in Edison NJ (2016-2019). He participated in the musical program at this school in a variety of ways, including playing selections from the Goldberg Variations (J.S. Bach) at the opening of the Berry Performing Arts Center on 15 October 2017. William performed "Requiem Aeternam" (Rehwinkel) with Aanandi Murlidharan at the Spring Classical Recital at this school in 2019.